Did you know that about 30%-40% of all English words have a related Spanish word (such as benefit and beneficiar)? Words in two languages that have similar pronunciation, meaning, and spelling are called cognate. Some more examples of English/Spanish cognates are: appreciate/apreciar, unusual/inusual, difficult/difícil, and giant/gigante. More than 70% of all ELLs in the United States are native Spanish speakers. Teaching native Spanish speaking ELLs cognate awareness accelerates their English language vocabulary development. Cognate awareness is the ability to use cognates in a primary language to help understand words in a second language.

Many ELLs do not automatically recognize cognates in their second language and need explicit cognate instruction. On the other hand, even kindergarteners can be taught to use cognates. Any teacher can teach cognates; you do not have to speak Spanish. Teachers can look up English words in a bilingual dictionary.

What is a cognate: a Little cognate practice for Spanish-speakers+

I developed this practice activity for Spanish-speakers, but I think much of it might also be useful to Portuguese, Italian, or French speakers.

Many of the words are from 50 Word Roots from Latin. Crescere, currere, dicere, facere (Spanish hacer), finis, portare, scribere, sequi (seguir), tener, terminus, trahere (traer), tribuere, and venire are roots of many Spanish words as well as English ones. (Many of the verb infinitives are the same or quite similar to the Latin except for the Latin final ‘e.’) 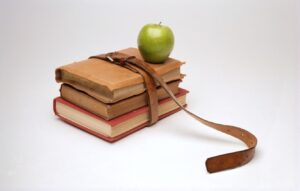 In the list above (or the noun forms), can you find cognates for the Spanish words calculación, comunicarse, cooperación, demonstrar, indicación, or participar?

There are many other cognates based on Latin origins. The next time you are studying academic writing in English, see how many words are similar to words in Spanish!